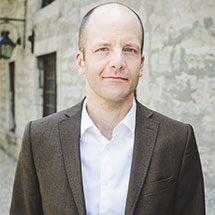 For the last 16 years, Jean-Philippe Renaut has conceived and led projects in responsible investment and sustainability implementation. He joined Æquo in 2016 and a year later became its CEO. He is responsible for client relations, business development and operations, and leads specific dialogues with companies on behalf of Æquo’s clients.

Based in London from 2005 to 2011, he worked with SustainAbility, a pioneer in sustainable development consulting. In Montreal, he was Senior manager at EY, and held the position of Director, Responsible Investment at PSP Investments.

Jean-Philippe holds a Bachelor of Commerce degree (B.Com.) from McGill University, he co-founded the Cataléthique network and has taught in the management faculties of UQAM and McGill. He began his career as a management consultant in process analysis at CGI and subsequently earned a Master’s degree (M.Sc) in Development and Environment from the London School of Economics. 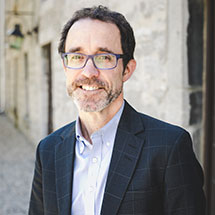 Partner and Head of Corporate Engagement

François is the Director of Corporate Engagement and a founding partner at Æquo. He is in charge of the shareholder engagement process and priorities. Before joining Æquo, he was Extra-financial Risks Manager at Bâtirente for nearly 10 years. François also worked several years in firms specializing in social and environmental rating of companies, including Sustainalytics, the Groupe Investissement Responsable and the Interfaith Center on Corporate Responsibility (ICCR). During his career, he has participated in several filed visits in Africa, South America, Asia and Europe to analyse how extractive companies approach social and environmental impacts.

As a co-founder of different organisations and initiatives, François is a pioneer in the area of sustainable development in Québec and a regular speaker at conferences and events in responsible investment. 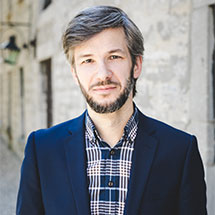 Partner and Head of Research

Arnaud joined Æquo as a collaborator in research and dialogue.

Arnaud is an expert in ethics, sustainability and corporate social responsibility. He has gained his expertise as a consultant in this field, through advisory, training as well as research activities. His area of research includes business and ethics in private and public organizations, as well as risks and opportunities related to environmental, social and corporate governance (ESG).

OUR BOARD OF DIRECTORS

Josée Cavalancia is a business law lawyer specializing in civil and commercial litigation. She also has solid experience in the field of class actions. She now practices law at Belleau Lapointe after having acquired more than fifteen years of experience in the Norton Rose Fulbright and BCF Avocats law firms, representing SMEs and multinationals from diversified industries within the framework of cases brought before the courts or negotiations and mediation.

Additionally passionate about management, strategy and governance, Josée is actively involved in various boards of directors. She currently sits on the Board of Directors of La Cordée Plein Air Inc., the La Cordée Scout Foundation and on the Board of Directors of the Junior Chamber of Commerce of Montreal. She also has experience as an entrepreneur in the restaurant industry in Montreal. 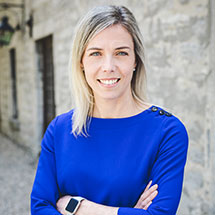 President of the Board of Directors

Caroline is a lawyer and a specialist in business development and client management. She joined Innocap in 2008 as a lawyer and in 2014 she chose to pursue her career in business development and investor relations. As Director of Business Development and Investor Relations, Caroline has been responsible for developing Innocap’s clientele in Europe and the United States and now manages the firm’s relations with sophisticated institutional clients in Canada, United States and Europe. Caroline has a keen interest in responsible investment and promotes its adoption with her colleagues, clients and various partners in the financial industry. 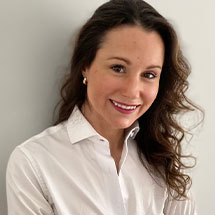 Secretary of the Board of Directors

Éric Filion has served as Bâtirente’s Chief Executive Officer since October 2021. He joined the organization in 2016 as Chief Operating Officer. Éric’s career includes over 25 years’ experience in the financial field, 20 of which at one of Québec’s largest financial institutions, where he held several strategic roles in personal insurance as well as in the pensions sector.

He has a Bachelor of Science (BSc), Mathematics and Statistics from Université de Montréal and is a Fellow of both the Canadian Institute of Actuaries and the Society of Actuaries. 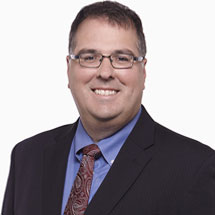 Colette Harvey has been President of the Regroupement pour la Responsabilité Sociale des Entreprises (RRSE) since 2019.

Colette has more than 25 years of experience in the financial sector as a financial planner, senior advisor in responsible investment, and director of strategic development at the Caisse d’économie solidaire Desjardins.

Involved for more than 15 years in responsible finance, Colette has always been interested in the democratization of knowledge in this field. She produced a “Guide on Responsible Finance” for financial advisors in 2006 and, in 2017, led the development of the first educational game for responsible finance in Quebec Le Responsable. This game is deployed in several educational institutions and is available to the general public.

She is still very involved with the Desjardins Group in training facilitators and disseminating this educational tool.

Colette Harvey holds a Bachelor of Science degree from Université Laval and a certificate in financial planning. 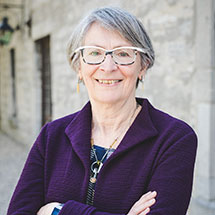 Jocelyne Morin worked in several African countries from 1975 to 2013. She worked alongside women in community development, especially in the DRC, Tanzania and Kenya. In addition, she was Provincial Superior for Africa within her community (Missionary Sisters of Our Lady of Africa). This community is divided into three provinces, namely those of Africa, Europe and America and is actively working in 28 countries, including 15 on the African continent.

In 2015, she became a member of the investment committee, located in Rome, which helps in the assets’ management of the three provinces.

Being sensitive to the children’s situation in the South (work in mines, child soldiers, etc.) and faced with the opacity of supply chains in the North, she discovers the RRSE through the Responsible Supply Chain Committee which meets her concerns. In 2019, she joined the Board of the RRSE.

Jocelyne holds a Bachelor of Education (UQAC), a Masters in Social Work (McGill) and a Certificate in Financial Management (HEC). 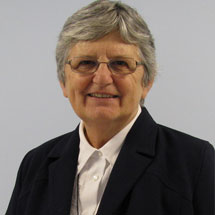 Daniel Simard is the Director and CEO of Bâtirente, a pioneer in responsible investment in Canada and one of the first signatories of the Principles for Responsible Investment (PRI).

With over 25 years of experience in the area of finance, Daniel has also worked as a pension committee member and as a director of an insurance company. He was also a member of the Fondaction’s start up team, for the first five years of the CSN labour fund. He currently chairs the audit committee of a major municipal company pension plan. Daniel has served for 15 years in various capacities within the Confédération des syndicats nationaux (CSN), primarily as a negotiator and an attorney.

Daniel was one of the elected representatives of assets owners on the Board of the Principles for Responsible Investment (PRI) from the foundation in 2006 to 2015. He is now the Chairman of the Steering Committee of the PRI Quebec network and the PRI Francophone network. Daniel holds a Bachelor’s degree (BSc) from the École de relations industrielles at the Université de Montréal (UdeM). 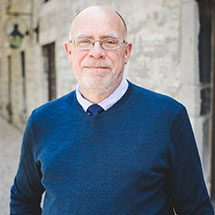